Bitcoin (BTC) is preparing to copy gold as it aims for all-time highs, according to an exchange amid fresh warnings that a correction is due.

In a tweet on July 9, LATOKEN highlighted the increasingly “correlated” relationship between the precious metal and BTC.

After XAU/USD topped $1,800 for the first time since 2011 this week, BTC/USD should now follow suit, it argued.

“#Gold hits 9-year high, while #Bitcoin’s rally has just started. #BTC and gold have been growing correlated in recent times,” it summarized.

Investors in both safe havens have been broadly shielded from the fallout from coronavirus this year, with year-to-date gains at 31.7% for Bitcoin and 18.3% for gold.

Bitcoin put in 24-hour gains of 1.1% on Thursday, reaching $9,480 in a surprise uptick which took markets above $9,300 resistance. That price ceiling had been in place for more than two weeks.

When all macro crashed in March, Bitcoin soon bounced back. According to one trader, however, current BTC price behavior looks suspiciously similar to the days before the cryptocurrency fell to $3,600.

Uploading a chart and analyzing a fractal in BTC/USDT on Binance, popular Twitter account @NebraskanGooner spotted a repeat of mid March in the past few days’ trading. 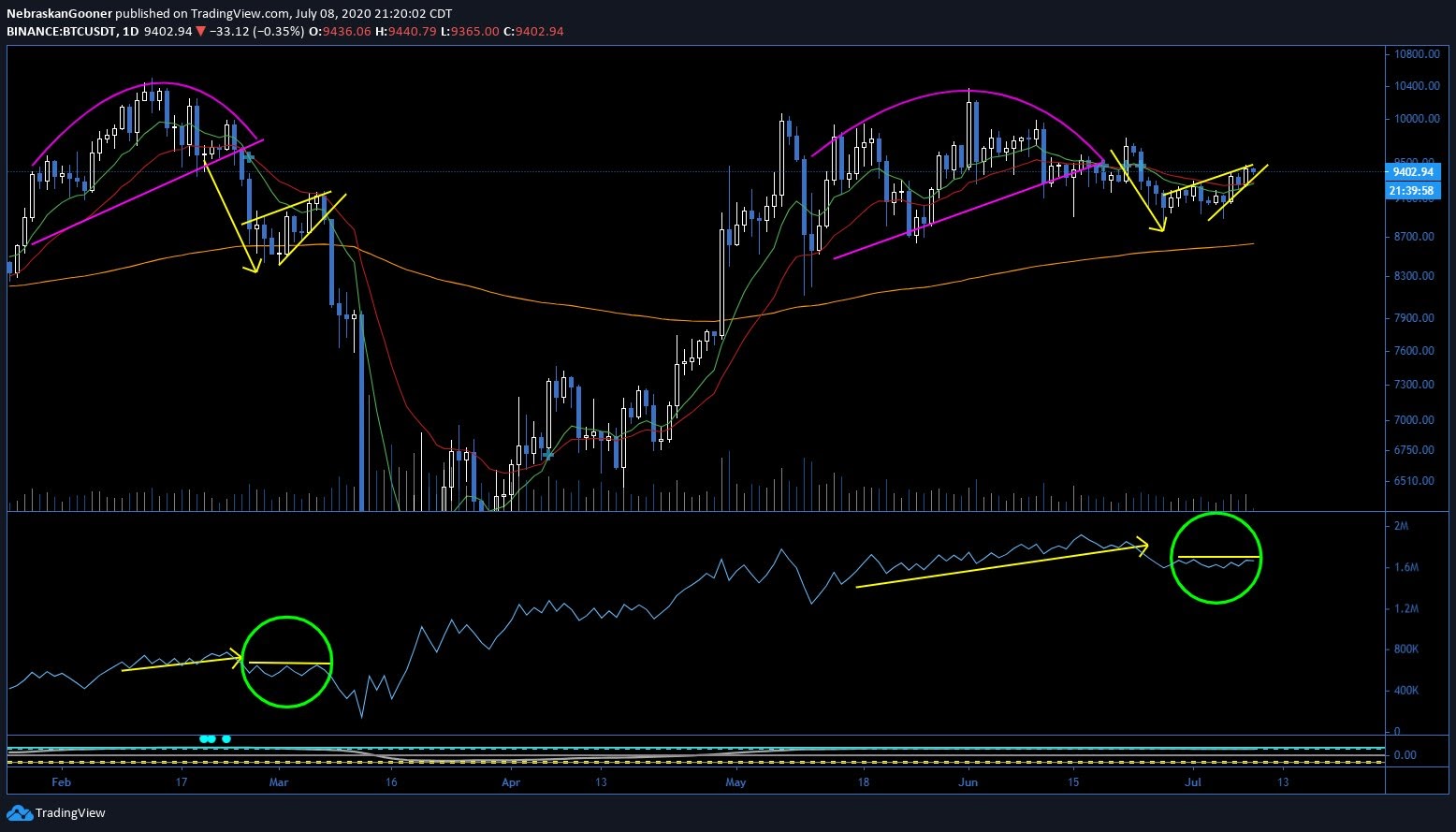 Mixed signals for Bitcoin have yet to be reflected in gold’s optimism, with gold bugs confident on both short and long-term scales. As Cointelegraph reported, a survey of over 10,000 people on Twitter by Bitcoin skeptic Peter Schiff showed that half still believe that Bitcoin will copy gold to track higher.